On our half day Cape Town City Walking Tour, we walk a circular route around the city in order to give you a thorough overview of our city and its history.   Luckily our city is small! As such if we keep a good pace we will be able to walk the full circle of the city!

Our tour starts in the magical colourful area of the Bo-Kaap. This is the only area of the city where people of colour were allowed to remain after the implementation of the Group Areas act during Apartheid. It is home to our oldest Mosque and our first Madrassa. This area is viewed as our most historic Cape Malay region and is home to a very close knit Cape Malay community. 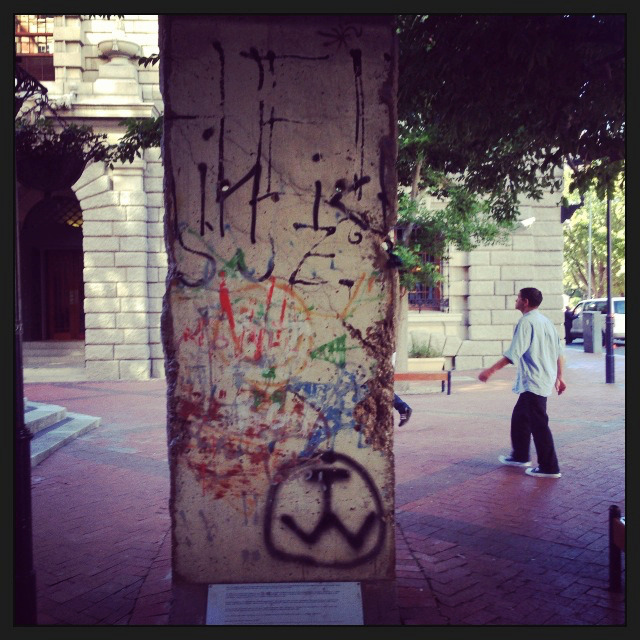 As we enter the Company Gardens area we pass St George’s cathedral – that was home to the famous Archbishop Desmond Tutu. In honour his contribution to the fight against Apartheid and his role in healing the divisions of the past, an arch has been erected at the entrance to the Company Gardens. An Arch for the Arch! 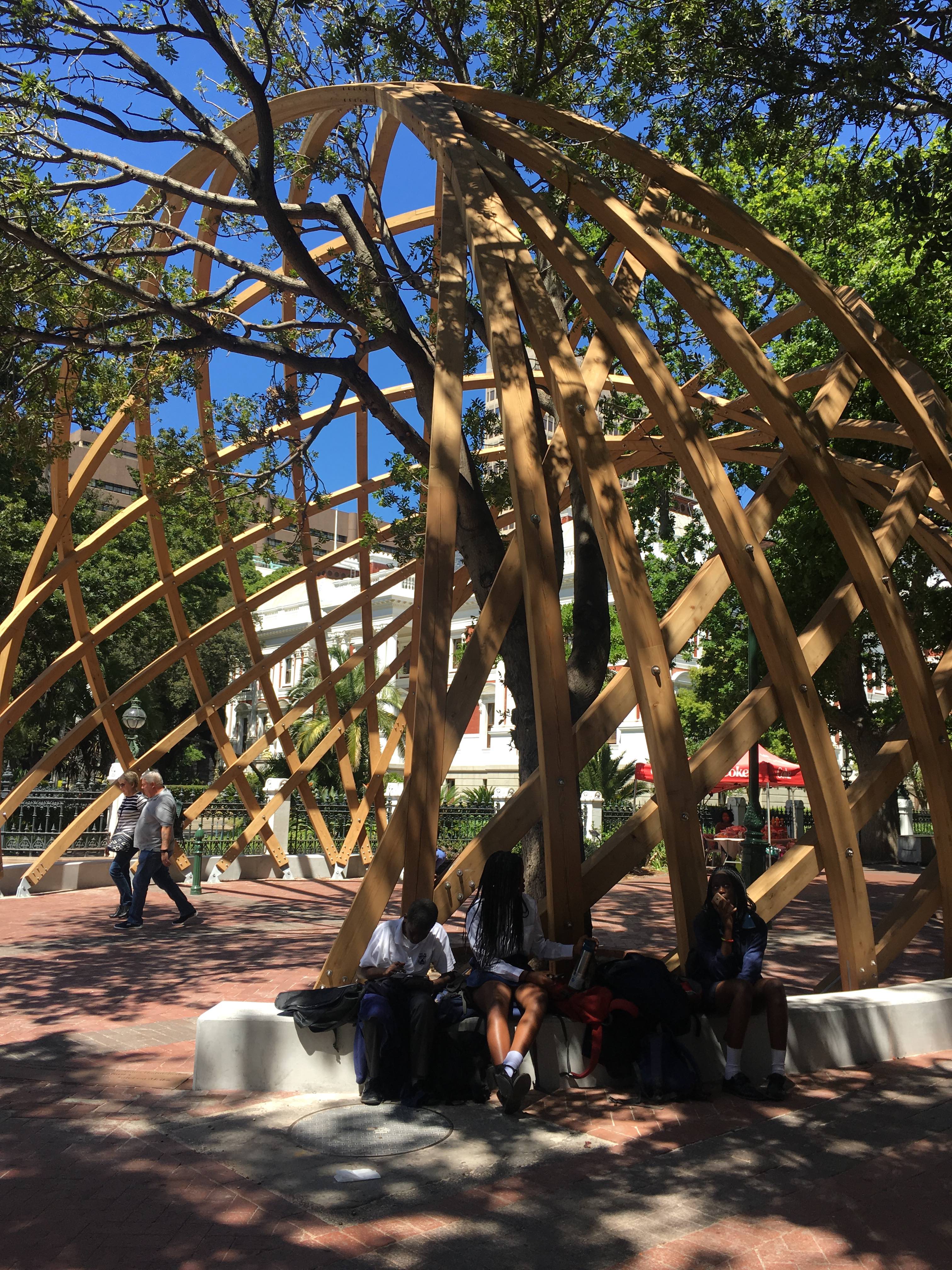 We enter Government Avenue and pass Parliament, Tuinhuis, the art gallery, the old Synagogue, the new Synagogue, the history museum and the War Memorial Garden, before walking back through what remains of the Company Gardens. This is the oldest part of Cape Town and where the story of our city started. The Dutch East India Company were losing a large number of staff due to the disease scurvy and also losing ships due to the lack of having anywhere to repair their ships on the journey between Europe and the East. As such, after a Company Ship was wrecked off Cape Town, those rescued reported back to the Company that there was a Fresh River flowing through Cape Town and that the locals were friendly. Thus the seed was planted that perhaps Cape Town would be an excellent spot as a refreshment station for passing ships. In 1652 three VOC (Dutch East India Company) ships were sent down here with the mandate to start a fresh fruit and vegetable garden and a ship repair service. 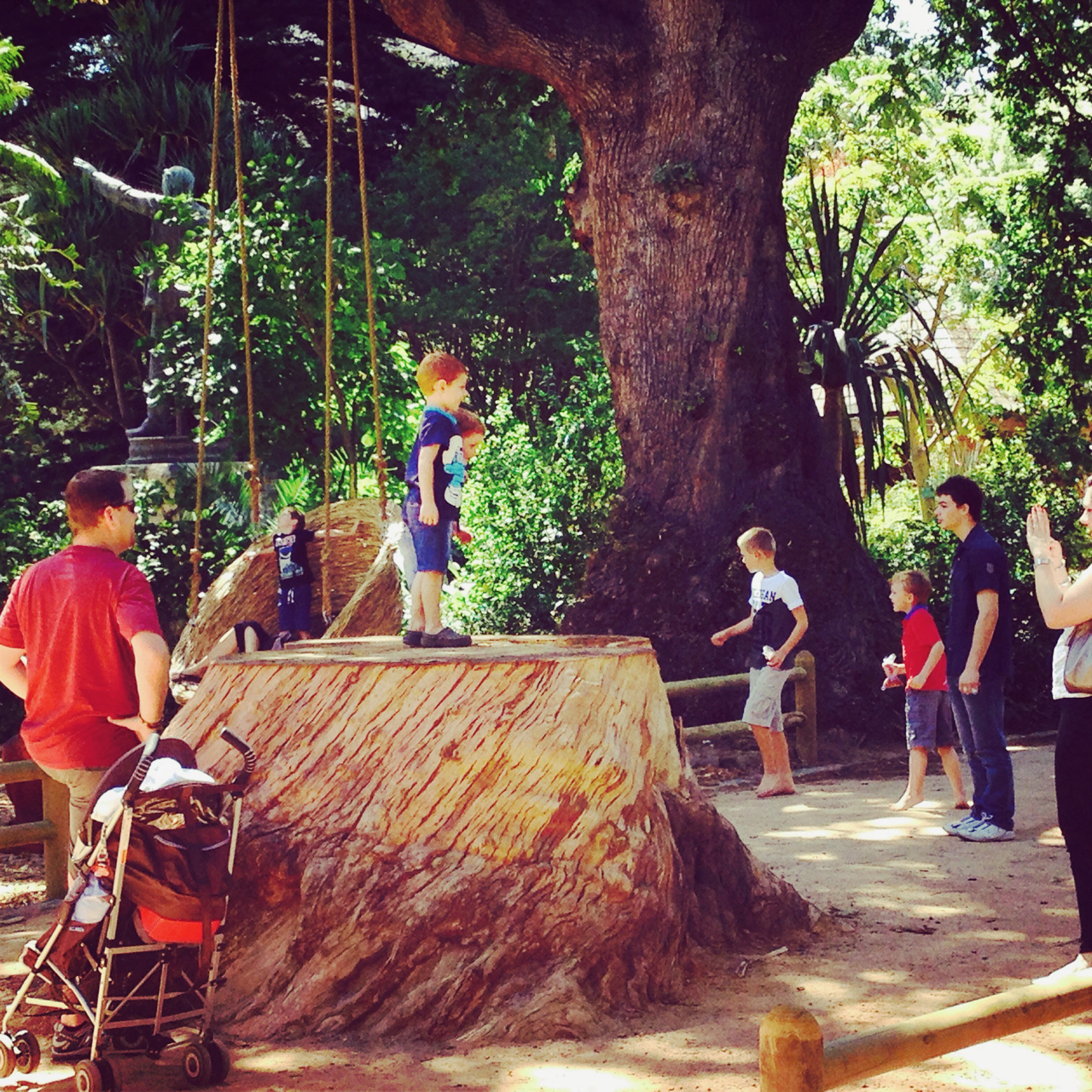 From the Company Garden we pass by the last standing VOC Slave Lodge and go searching for the plaque that marks where the slaves were auctioned off. This spot marks where a large tree once stood – the slaves were auctioned off under the tree. Across from this plaque a slave monument has been erected on Church Square – it consists of a number of black blocks. The blocks range from the names of the slaves who were sold through to their professions.

We then walk to the last street of the city – Buitenkant Street. This is on the edge of the District 6 area – an area that saw over 60 000 people forcefully removed and their homes demolished. We stop at Truth Coffee (a micro coffee roaster) to reflect on the reality of contemporary Cape Town City as a city of artists, creativity and artisans.  We chat about the history of Apartheid while we are here over a cup of freshly roasted coffee.

We then walk down past the Castle of Good Hope. This is the oldest surviving building in Cape Town. It was completed in 1679. The Castle was built as a military fort to protect the Cape against invaders. She was built on the sea and surrounded by a moat which made her hard to access. It is hard to picture as today she is surrounded by solid ground due to land reclamation in the city. 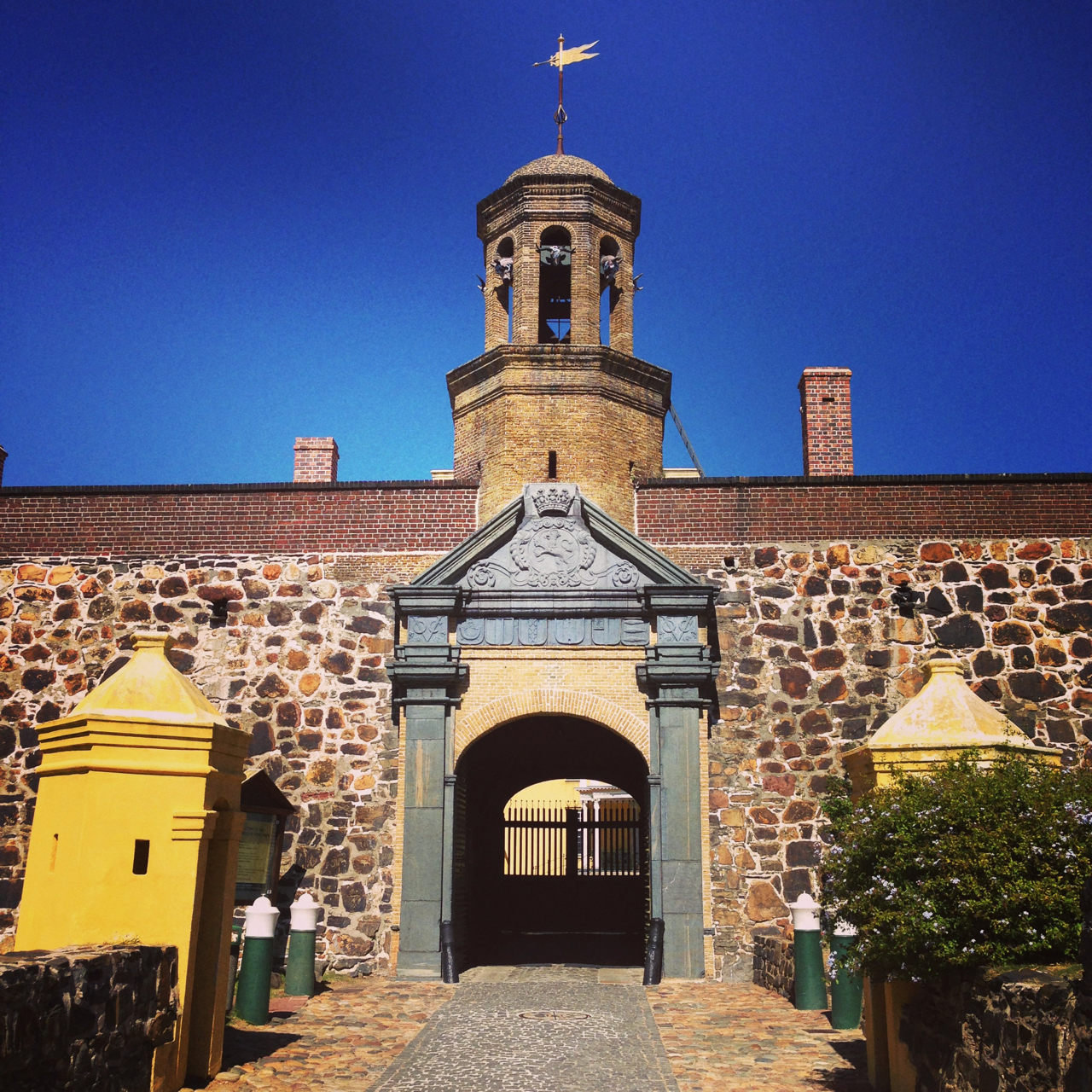 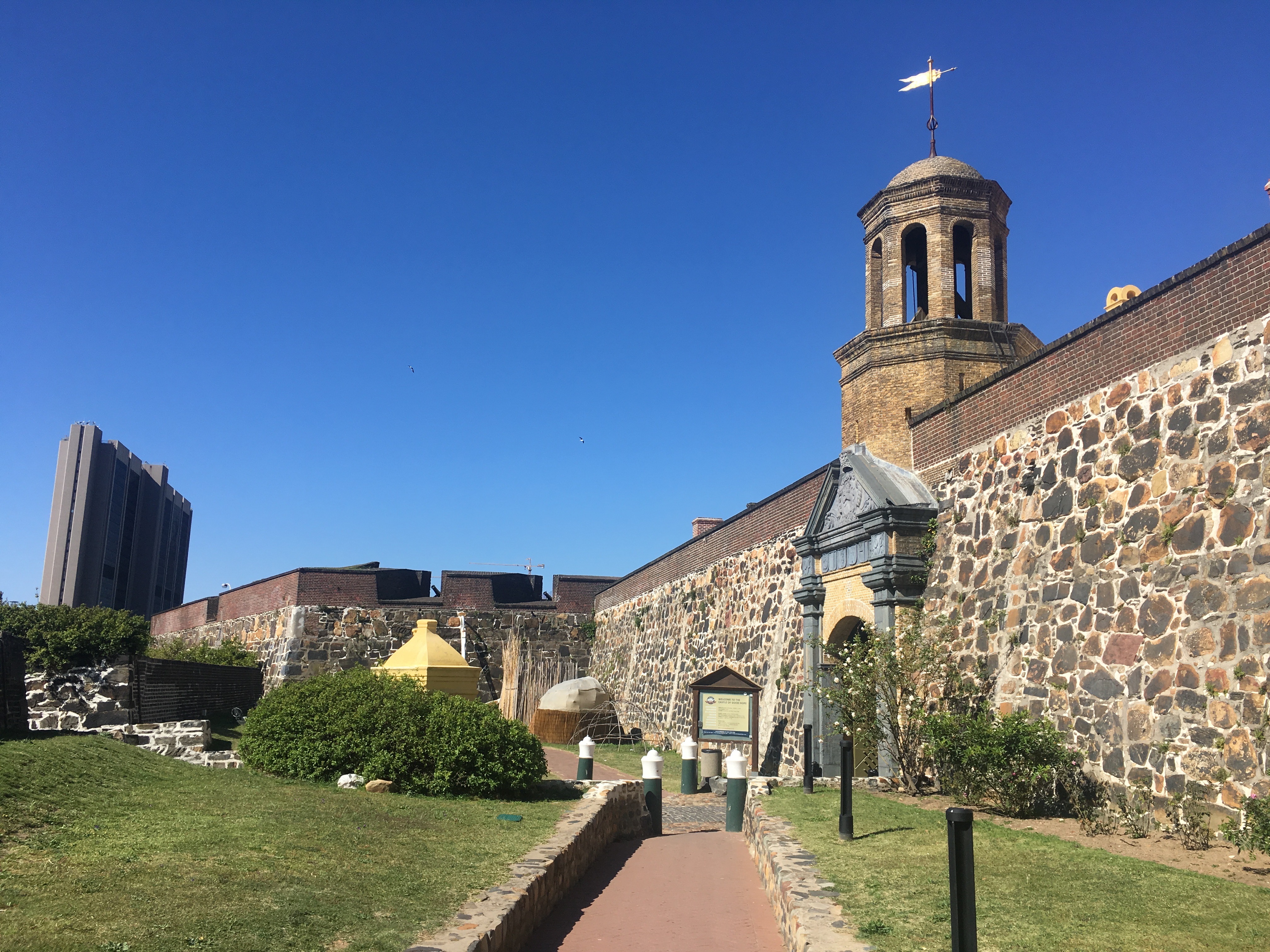 We walk past City Hall and the military parade, pausing to check out the balcony of City Hall, which is where Mandela said his first speech as a free man. 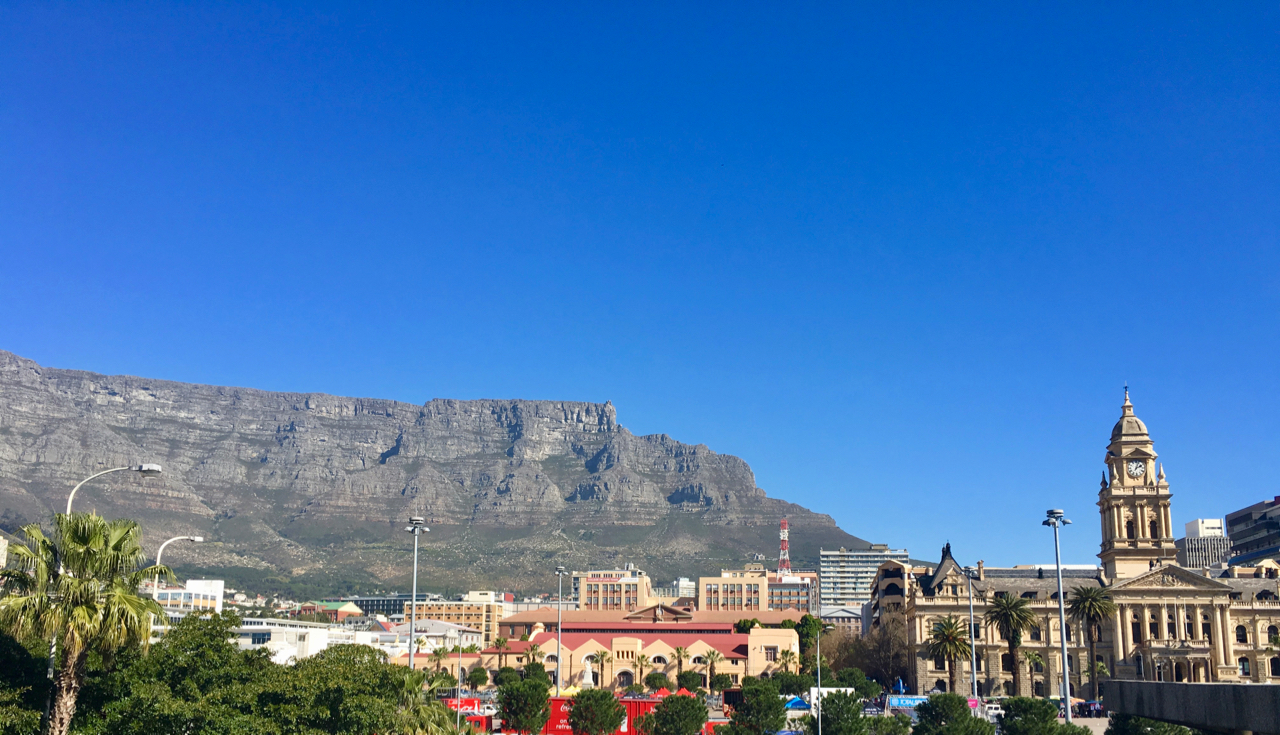 We walk back through the city to Heritage Square. This is a lovely square that was built in 1771 and is home to some wonderful restaurants and the oldest grape vine in Cape Town. The vine was also planted in 1771 and she still bears grapes. Each year about 20 litres of wine are made from her. The wine is sold off at charity auctions. 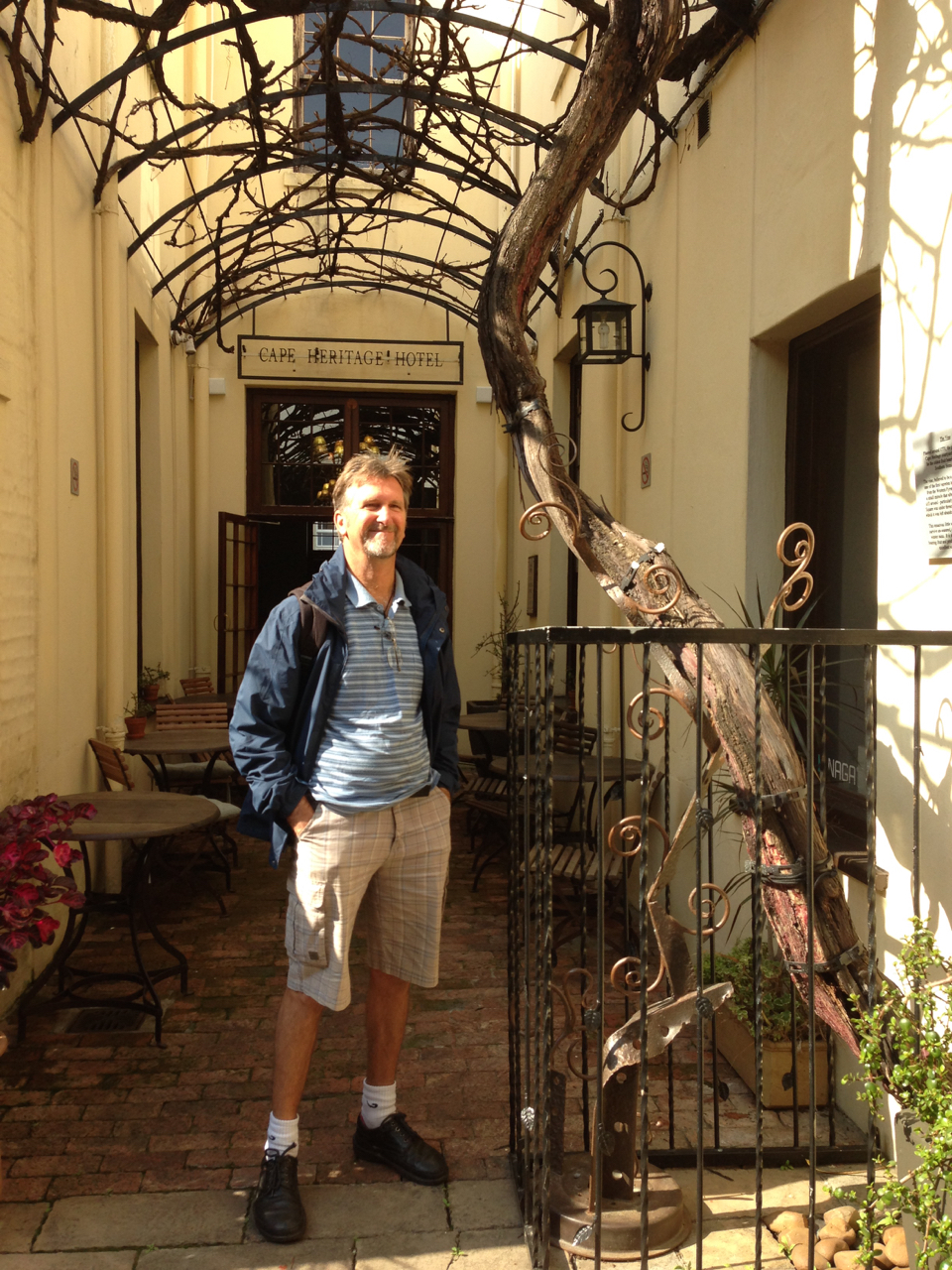 We then head back to your hotel or can leave you centrally – it is up to you!

Tour Duration: Monday to Saturday 08h30 to 13h00 or 13h00 to 17h30 (note the tour does not operate on a Saturday afternoon or a Sunday as the city shuts down from lunchtime Saturday)

Note for the Half Day City Walking Tour:

Costs: Please email us as the cost depends how many people you are and where you are staying.

Supersize your tour to a full day: