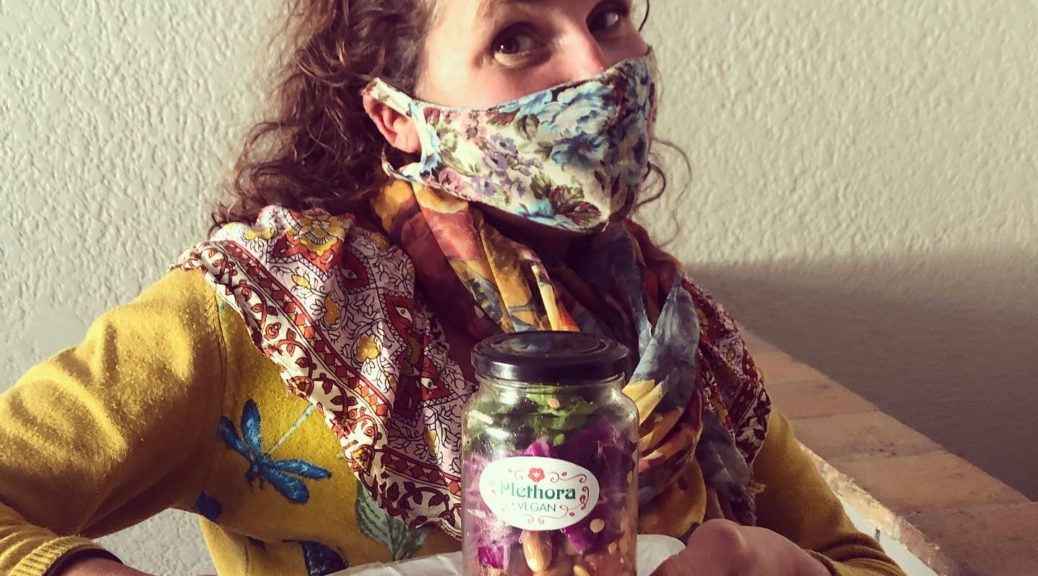 Wow!  What a roller coaster of a year!    We came out of a tough 2019  (our drought scared people away from visiting Cape Town) and entered into 2020.   The year looked like it was off to a great start and we were almost fully booked for May & June.   Our forward  bookings were looking wonderful and I was ready to do a happy dance.

In March our world started coming to an abrupt halt as the world started locking down.    South Africa introduced a draconian lock down that was so severe that we were not even allowed to walk our dogs outside!   You could only leave your home to go to the shops, bank or pharmacy.   All restaurants were shut and eventually all hot food sales were banned!  Alcohol was banned from sales and even more devastating was that it was banned from transportation.   As such they were unable to get our wines to the port for export.   Cigarette sales were banned from March to August.

During our first part of the lock down we applauded the efforts of our government to contain the pandemic.    However as the lock down periods were extended the economic toll on our local businesses started to be rapidly felt.    The legislation was eventually changed to allow export of alcohol.   It was then briefly allowed for sale again before being banned for a second time.   Our restaurants were eventually allowed to do take-aways.   Sadly for many it was not worth opening as the overheads of a sit down restaurant meant that you would lose even more money by opening the doors for take aways.

Finally the restaurants were allowed to open for sit down service with strict social distancing, 1.5 metres apart – so approximately half their tables.  They were also not allowed to sell alcohol with and were faced with a curfew of 9pm.    Once again they were faced with the question of whether it was worth opening the doors yet or whether it would lead them to lose even more money.

What was the outcome of these oddly cobbled together rules?

We bought time.   I truly believe that without the first draconian steps we would have had a much higher death rate over here.   It gave us time to learn from other territories how to treat people with the disease.    After this period the laws started to be more random and to make less sense.

The effect on our wineries is one of devastation.   If you did not have an export market – you would have had very limited opportunity to sell your wine since March.  Many wineries are going to face bankruptcy or have quietly already listed for bankruptcy.

Our restaurants have struggled and many have already shut down – at this stage it is still impossible to know the exact number of closures as some have simply kept their doors shut until more people are dining out.   Many of our restaurants have a clientele that is made up mainly of visiting foreigners.

Those that survive are most likely to be those with supportive landlords,   those who owned their own buildings and those who managed to pivot and innovate in a way that could cover costs over this period.   Naturally those with good savings would also be a in a good position.  Sadly as we had all had a bad 2019 – most would have limped into 2020.    Most of the restaurants had to let their staff go over this period.   There was very little support for people and businesses over this period in South Africa.   Many restaurants had paid for Business interruption insurance.   The insurance companies here refused to pay out as they said the closure was not due to the pandemic – it was due to a government decision.

One of the biggest outcomes of the pandemic for me is that Cape Town & the Cape Winelands food community came together over this time to cook for the hungry,  to fight for their industry and to support each other as a community.    It was interesting to see that many of our Chefs had never met each other.  Their lives were frantically busy before the lock down.  Hero’s emerged during this time.   My two biggest heroes are Chef Liam Tomlin who tirelessly fought the government on their legislation that was leading to the complete and utter collapse of our entire restaurant industry.  He rallied, he lobbied and he even put his own money towards taking the government to court.   You rock Liam! (Liam Tomlin is one of the owners of the Chefs Warehouse group & Thali).

My other hero is Margo Janse (ex-Le Quartier Francais) who rallied and got many of the Chefs of Franschhoek together to help feed the hungry in their valley.   In Cape Town Ladles of Love rocked the lock down by upscaling from a small soup kitchen for the homeless to a huge organization that was literally providing hundred’s of thousands of meals a week.  Thank you to all the Cape Town chefs you cooked and cooked and made soup and to all the locals who made millions of sandwiches and boiled eggs.

Naturally the tourism industry was also decimated.    The ban on offering tours was lifted towards the end of August.  Locals are now also able to travel between provinces for the first time.   Green shoots and a good start to kick starting the industry.  This is great news for all of our guesthouses and country hotels.   People really want to get away and to escape into nature after being stuck at home for so long!

We are now starting to offer some small group options to locals!  Lets hope we manage to attract some locals!   Over this time we are offering a locals foodie small group walking tour once a week, a foodie peninsula ramble and a foodie wine tour.

What have I been doing during lock down?

Many of you who know me, know that I am mad about our local food & wine industry.    My entire business revolves around sharing information on our local foodie artisans,  our restaurants and our wineries.     During the lock-down period I started seeing our foodie community innovating and launching businesses from home.

With less people wanting to go to the shops –  people were finally starting to order food online (we were way behind the world on this!).     Lots of businesses started popping delivering fresh produce to your home,   plus all sorts of products from cupcakes to lemon curd to fudge to rusks……….naturally nothing not in the beginning!  By the end of the “hard lockdown” we were all sick and tired of our own cooking.   Online meals were starting up – many cooked by some of our top chefs in the city.

I thought how can I support them?   I decided to focus on starting a website where they could share what they were doing and as such it would make it easy for people to look at what the options were.   As such I spent a couple of weeks developing a listify wordpress site that was supposed to be intuitive and easy to set up.   Yikes – I think the ease of adapting to new technology diminishes as you get older!    www.capetowneats.com was finally born.    I then thought how do I add support to the website and create a supportive foodie community?    The idea of a facebook group came next and The Cape Town Eats Facebook Group was born.

Both have kept me extremely busy!    The website is growing nicely.   Many of the businesses born out of the lock down will become proper businesses in the future.   Some of them have already died as the Chefs have gone back to work.   The website is slowly morphing into a wonderful resource where you will have a directory of Cape Town’s artisan vendors.    Interesting that this niche has not been covered before.

The group continues to grow – it has just reached 4700 members.  I love that it has created a wonderful foodie support community.   Our aim is to only share positivity on the forum.   I also encourage everyone to share their favourite foodie finds on here and to support each other.   It is also perfect for sharing local food news on the platform.    I am so happy that this group has really impacted on people’s businesses.   The group will continue into the future.  It has also helped to bring the foodie community closer to each other.

It has been wonderful for me to connect, to meet and to learn about so many of our city’s fabulous foodie peeps.

One of my favourite Green warriors, Melanie Farrel, wrote an article about me and the Cape Town Eats drive!  Read it here

There will be opportunities for new startups in the Cape.   Rentals have plunged and this means that those starting up now will have the advantage of lower costs.   New restaurants are already opening.   Pop ups have started – Oxalis is a great example of this – they have signed a lease for 7 months – it is being run by a team that was retrenched from one of our top fine dining restaurants.

Fine Dining will take a long time to recover – adaptations will be required – either lower prices will be needed to lure in the locals or one needs to adapt to a pared down more simple version of your offering.      The Test Kitchen is reinventing itself to allow for a shorter menu 3 to 5 courses and a more simple offering.

The struggle has been very hard and real to the tourism industry.   Most have had to retrench their staff and to drastically cut their costs over the last year in order to survive.

I am happy to report that we are still here!  We are clinging on by our finger nails.

We are casting our net out far and wide to attract some locals to our tours.     We have some fabulous specials on for the locals and have also designed some new tours to attract them to book with us!

From a tourism side – we cannot wait for our borders to open so that we can welcome you back to our beautiful Cape Town.

Until then – I plan to show the locals the magic of Cape Town and to turn them into ambassadors for the Cape.