So much about a country and a culture is expressed through its cuisine, especially in traditional South African cuisine. The first thing I do when I travel is head out to taste the local dishes. In South Africa much of the cuisine is a home cuisine and to get a taste you really need to search hard!

In order to understand the cuisine of our country, you need to understand who we are as a country.   We extend across all the possible colour lines as well as across most of the world’s religions.   We are made up of so many tribes, that we have taken the biggest language groups and declared ourselves to have 12 official languages for the country!

It took a great man to unite us – Nelson Mandela.  He coined the term – the Rainbow Nation – to describe us and our flag symbolizes the melting pot of a country the we are.

Approximately 80% of the population of South Africa are black.

Out of this grouping there are a large number of different tribes which are divided geographically across the country.   There are variations across each of the tribes.   However a commonality is that maize/corn is the main staple of the country across our different tribes.

Most of the country eat PAP – a thick porridge that can be picked up and eaten with your hands.   It is usually accompanied  by a saucy meat or chicken dish.   The Xhosa Tribe from the Eastern Cape prefer SAMP & BEANS and have this as the base of most of their dishes.   This is simply dried corn and dried beans cooked together.   To gain more insight into African soul food click here.

9% of our population are categorized as  “coloured/Cape Malay”.

This grouping comes from the early history  of the Cape – in 1659 the Dutch East India Company brought slaves in mainly from Indonesia, as it was a colony of Holland, they also brought in slaves from India and a small group from Malaysia, Sri Lanka, India…………(all regions that use spices extensively in their cuisine), Madagascar and East/West Africa. The slave population had relationships with their local Dutch East Company masters and with the indigenous Khoi Khoi population resulting in a “mixed” population of people in the Cape. These groups brought with them their knowledge of cooking with spices and as a result we in the Cape are left with a cuisine known locally as Cape Malay cuisine. Make sure you try some of our local favourites:  samosas, chilli bites, rootis filled with curry (know locally as salomies),  babotie,  milk tarts and koesisters (the local doughnut made with dry spices).   At Easter look out for pickled fish made with a curry sauce and served cold.   Also note that in the Cape many in this community were fishermen.   As such fish dishes play a large roll in this community.   To preserve fish they would dry or smoke it.   The fish most commonly dried or smoked was Snoek – a game fish.   When fresh Snoek is traditionally cooked by cutting it open and adding apricot jam, then wrapping it in foil and cooking it over the fire.   You are likely to find smoked snoek pate somewhere on a menu – order it immediately – it is delicious with freshly baked bread. 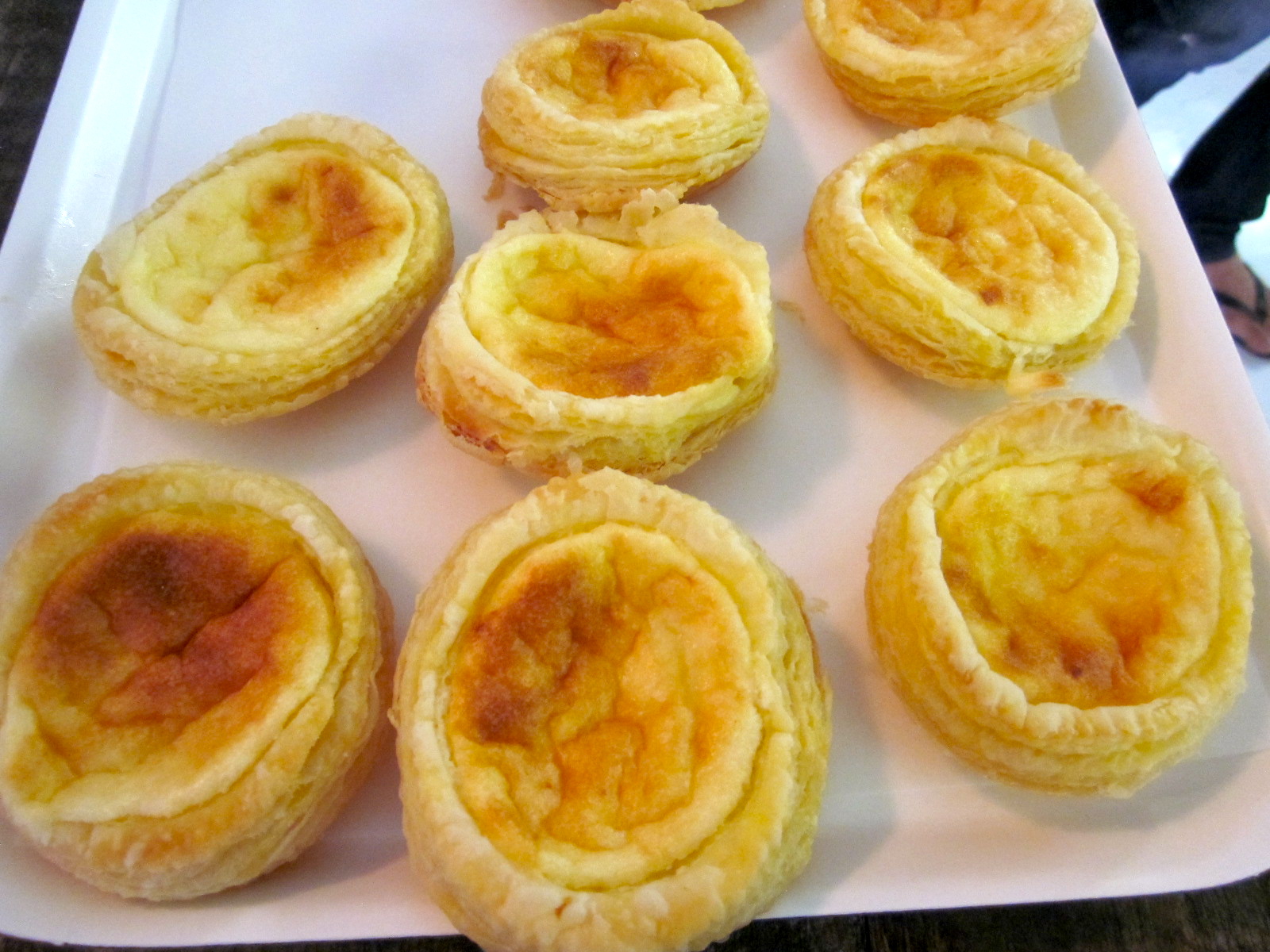 1.3% of our population are Indian. Although some Indian people came to South Africa as slaves in 1659, the majority came about 155 years ago to work as indentured labour on the sugar cane fields and farms of Kwazulu Natal. Most had a 7 year contract and would then be guaranteed a passage home to India. Although some decided to stay on in Africa, many who wished to return discovered that the contractors refused to pay for the return voyage. As such Natal still has a large Indian population. Over the years the curry recipes they had brought with them ended up having a South African touch to them. One of the interesting items that remain as part of our street food culture in Natal is a take away bunny chow. A bunny chow is quite simply a loaf of bread with the insides scooped out and filled with curry. It takes away the cost of packaging!

Approximately 9% of the population are white

In the White community their is a language split between English speaking (originally British origin) and Afrikaans speaking (a dialect language of Dutch and people of Dutch origin).   Due to different languages we grew up quite separately as we went to separate schools.

From an English background I can think of absolutely nothing that is unique to us!

From an Afrikaans side there are quite a few items that they lay claim to as part of their traditional cuisine:

South Africa is home to large immigrant communities.   Each one brought some of their dishes with them and as such they make up part of the fabric of the dining experiences you will find down here.

Where to try some of the local dishes: